Fill in the below form and you can recommend ‘Adopt A Pit’ to a friend or family member via a text message.
Share with Friends

Show your support with a quick share of ‘Adopt A Pit’.

Share the below banner to your favorite social media profile and encourage your friends to become a Fan. 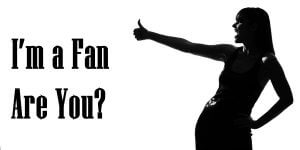 Are you a Fan of Adopt A Pit? Tell Us Why You Are a Fan

Adopt A Pit
Misty Chapman has given a 5 out of 5 star rating on April 10, 2017
We adopted our little girl from this rescue. She was so well taken care of when we got her. This rescue goes above and beyond for the animals they take in, any time day or night.Their compassion for animals is astounding.
Login here to respond to the review

Adopt A Pit
Kailee Kratoville has given a 5 out of 5 star rating on April 6, 2017
We adopted the best dog we could have ever imagined from Adopt-A-Pit! They are so amazing with all their rescue dogs and we will definitely adopt from them again!
Login here to respond to the review

Adopt A Pit
Sally has given a 5 out of 5 star rating on April 5, 2017
This rescue gives dogs a chance when they would otherwise have been discarded. I will be forever grateful for my dog I adopted from Adopt A Pit.
Login here to respond to the review

Adopt A Pit
Lindsay Lawson has given a 5 out of 5 star rating on April 5, 2017
Over two years ago, two mamma dogs and their litter of puppies were rescued from an awful hoarding situation. Adopt A Pit took on those mamma’s and their pups into their rescue. When we saw the story about them, we immediately knew we wanted to adopt one of those rescue pups. Shortly after we applied for one of the dogs, we were contacted by the rescue. Communication was great and the adoption process went smoothly. We are so happy to have been able to get our dog Alice, because she has been gone best dog we have ever had and we thank Adopt A Pit for allowing us to have this joy in our lives!
Login here to respond to the review