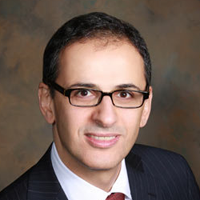 (7) Average rating of 5 out of 5 stars New York, New York, USA
Recommend To A Friend

Fill in the below form and you can recommend ‘Dr. Maurice M. Khosh’ to a friend or family member via a text message.
Share with Friends

Show your support with a quick share of ‘Dr. Maurice M. Khosh’.

Share the below banner to your favorite social media profile and encourage your friends to become a Fan.

Are you a Fan of Dr. Maurice M. Khosh? Tell Us Why You Are a Fan

Dr. Maurice M. Khosh
Josephine Mekersi has given a 5 out of 5 star rating on October 9, 2018
Dr. Khosh is truly an expert in his field. I came to Dr. Khosh for my severely deviated septum. I always had trouble breathing and knew it would only get worse as I got older. When I had my initial consultation with Dr. Khosh, I was immediately impressed by his beautiful office and his welcoming staff. Dr. Khosh has a very calm and pleasant demeanor and he took the time to explain the pros and cons of having this surgery. He made sure I understood that since this was not cosmetic surgery, but a slightly more difficult corrective surgery, that there may be a chance that my nose may not look exactly the same after the surgery. Dr. Kosh made sure I understood all the risks involved with the approach needed for my surgery and left the decision to proceed entirely up to me. I felt very confident in his abilities and I am extremely happy with the outcome. I had my surgery last October and almost immediately after the surgery I was able to breathe so much better. It’s only been a year and my nose looks amazing. I highly recommend Dr. Khosh to anyone seeking corrective/cosmetic surgery. He is amazing, from his staff to the surgical center. They are all high level top notch professionals.
Login here to respond to the review

Dr. Maurice M. Khosh
S. Harris has given a 5 out of 5 star rating on April 4, 2018
I have been a patient of Dr. Khosh for a very long time. He is an excellent doctor – he’s patient, compassionate and thorough. Dr. Khosh administered Botox. He is a perfectionist so there was no doubt that I would be satisfied with the work that he did. He did not disappoint me. The results were very pleasing. In addition, the kindness that you receive from his support staff is also special.
Login here to respond to the review

Dr. Maurice M. Khosh
Jodi Schulman has given a 5 out of 5 star rating on January 21, 2018
Dr. Khosh is a miracle worker. I had almost given up hope of breathing properly again until I found him. My story begins when I had a rhinoplasty (nose job) at 15 by a local ENT. This was not for cosmetic reasons, but to correct a deviated septum. This had limited my breathing capacity. One year later my doctor redid the surgery because my nose had fallen. Over the next fifteen years I developed a series of problems with my breathing: polyps, scar tissue, and had numerous sinus infections. As I got older these became more frequent. I finally decided to change doctors, as my doctor was getting older. My new ENT pointed out that I had a problem: my nasal valves had collapsed due to the loss of cartilage in my nose. I had no idea until he pointed this out to me. To correct this surgery would be needed. However, this proved to be far more challenging. My new ENT did not do this kind of surgery but recommended 2 doctors who were affiliated with his practice. (I should mention here that I went to another doctor who confirmed this.) I scheduled the appointment with the recommended doctors who were plastic surgeons as well as ENT’s. All concurred with the diagnosis but were unable to correct it. I presented with a very difficult case: there was very little cartilage remaining in my nose which resulted in its collapse. The surgery would require using cartilage from either behind the ear or the ribs. Unfortunately, neither doctor felt they had the experience to perform the required surgery. I was grateful for their honesty. They told me that I needed to find a doctor who routinely performed this kind of surgery and had experience with nasal reconstruction. In my search for a doctor I became truly frustrated. Some said the surgery was too complicated and that they did not have the proper experience and one doctor was only interested in telling me his fee and how wonderful he was. My parents were concerned that since I had developed scar tissue previously this might happen again. I refused to accept what these doctors said and began an extensive search online. This led me to Dr. Khosh. Dr. Khosh had glowing recommendations, performed this type of surgery routinely, and had an impressive resume. At my first and only visit with Dr. Khosh before my surgery, he immediately put my mind at ease. He answered all my questions, discussed my particular case, and how he would fix the problem. I knew he was the one and left his office with a date for my surgery which required a nasal valve repair and reconstruction. My nose needed to be rebuild using cartilage from my ribs as I did not have enough behind the ear. Susan, the office manager, was wonderful in more ways than I can describe. She took care of everything for me: filling out all the forms for my insurance and submitting them. She was there throughout the process and never failed to answer any of my questions. The surgery turned out to be one of Dr. Khosh’s more challenging case (his words, not mine). He removed old scar tissue and rebuilt my nose. He prescribed medicine that amazingly reduced the swelling nor did I have black eyes following surgery. He called several times to see how I was doing. Unbelievable! On my follow-up visits I feel as though i am seeing an old friend. He never fails to ask how I am doing and any concerns I have. Best of all, my nose works and I can breathe through it.
Login here to respond to the review

Dr. Maurice M. Khosh
Charlotte has given a 5 out of 5 star rating on December 10, 2017
Dr. Khosh is the best! I needed to have surgery on my cheek and was so nervous about it so wanted to find the best facial plastic surgeon in NYC. Dr. Khosh came highly recommended from my dermatologist and had top credentials with double-board certification, so I went with him. We decided together on the best course of action both medically and cosmetically and he was so assuring with his terrific bedside manner. He was unrushed with each consultation and with the surgery, and he even added extra dressing to my wound after I requested it (it was unnecessary but just gave me the comfort I was seeking). His surgery work was careful and thorough, and I’m thrilled with the results. There is very little scarring as he promised. Dr. Khosh has everything you want in a doctor — friendly and helpful staff, a beautiful and tranquil facility, top credentials and experience, amazing bedside manner, and thorough follow-up! You will be in safe hands with Dr. Khosh!
Login here to respond to the review